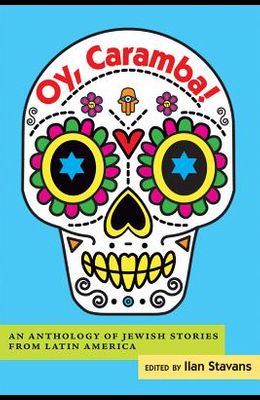 Oy, Caramba!: An Anthology of Jewish Stories from Latin America

Writers from Argentina, Brazil, Peru, Venezuela, Guatemala, Mexico, and other countries represent an ethnically diverse culture with roots in eastern Europe as well as Spain. . . . The anthology includes tales by such masters as Alberto Gerchunoff, . . . a large number of innovative women writers, and some authors more familiar to English-speaking readers. Library Journal Reminds us that society south of the border is just as multicultural as in the US, and that Jews have played an important role in it since the time of the Spanish conquest. Publishers Weekly Jewish identity and magical realism are the themes of the tales of adventure and cultural alienation collected here by the leading authority on Jewish Latin American literature. First published in 1994 as Tropical Synagogues: Short Stories by Jewish-Latin American Writers, Ilan Stavans s classic anthology is expanded and updated in this new edition.

Books similiar to Oy, Caramba!: An Anthology of Jewish Stories from Latin America

List of All Editions of Oy, Caramba!: An Anthology of Jewish Stories from Latin America