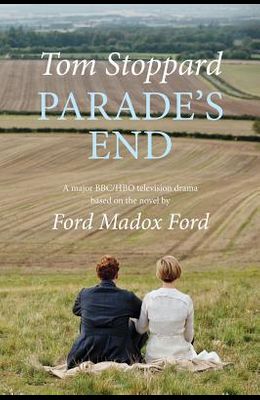 This was the first time I felt as involved in film as in working in theatre. My immersion in Parade's End from the writing to the finishing touches took up the time I might have given to writing my own play but, perhaps to an unwarranted degree, I think of this Parade's End as mine, such was the illusion of proprietorship over Ford's characters and story. --Tom Stoppard, from the Introduction Tom Stoppard's BBC / HBO dramatization of Ford Madox Ford's masterwork takes a prominent place in the ranks of his oeuvre. Parade's End is the reinvention of a masterwork of modernist English literature produced by one of the most critically acclaimed and respected writers working today. Parade's End is the story of Christopher Tietjens, the last Tory, his beautiful, disconcerting wife Sylvia, and the virginal young suffragette Valentine Wannop: an upper class love triangle before and during the Great War. Parade's End is a three-part drama, directed by the BAFTA-winning Susanna White, and featuring internationally renowned actors including Benedict Cumberbatch, Rebecca Hall, and Adelaide Clemens. This edition includes bonus scenes which were not broadcast, an introductory essay by Stoppard, and a selection of stills from the production as well as photographs taken on location.