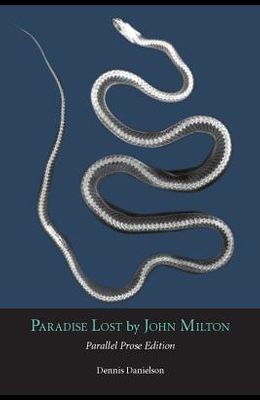 by
John Milton and Dennis Danielson

From the Back Cover John Milton's epic story of cosmic rebellion and the beginning of human history has long been considered one of the greatest and most gripping narratives ever written in English. Yet its intensely poetic language, now-antiquated syntax and vocabulary, and dense allusions to mythical and Biblical figures make it inaccessible to many modern readers. This is, as the critic Harold Bloom wrote in 2000, a great sorrow, and a true cultural loss. Dennis Danielson aims to open up Milton's epic for a twenty-first-century readership by providing a fluid, accessible rendition in contemporary prose alongside the original. The edition allows readers to experience the power of the original poem without barriers to understanding.