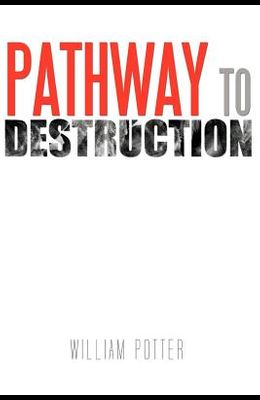 In the waning days of the twenty-first century, man commits the ultimate atrocity. Nuclear winter However, as in any holocaust, there are always survivors. Those who survived the rain of nuclear fire used the, now highly efficient space shuttle system to evacuate a now rapidly dying planet, to settle and colonize some of the outer planets and moons. Then, some nine hundred years later, the age old bid for absolute power starts allover again. Sean Thorn, son of a farming family located on Jupiter lunar four was educated at a university on Mars, and was employed as radio communications director at the J-4 spaceport. The Thorn family viewed the off-world war as none of their concern. However, when his entire family is killed in an air raid by the alliance, Sean becomes a, dedicated, merciless killing machine bent on revenge, and forming a gorilla band, he sets out to do just that. Ann Stone, also educated on Mars, worked with her father for a mining company on Jupiter-lunar one. When her whole family was killed by the alliance, she took up arms. Half alien, half human, she had none of the typical, sentimental, human hang-ups about killing, and became an extremely efficient killing machine. Fore some time, she and her followers wage a slowly loosing battle with the alliance. The opportunity presents its self to steel a long-range shuttle, and seek help from the newly formed colonist military. Unfortunately, before she is out of pulsar range, her ship is hit and she is forced to crash-land on Sean's home moon, J-4. Thrown together by circumstances, amidst the horror of war and devastation, love begins to blossom. They are involved in many life threatening skirmishes, but in spite of that, they are married and while on their honeymoon, they are captured and tortured by the enemy. However, they manage a daring escape during a battle between colonial forces and the ship they are imprisoned on. The eastern alliance with years of combat training, slowly push the ill-trained colonels to the edge of the solar system, and beyond. Forced to flee the alliance tyranny, the colonials set coarse for the far off star cluster of Alfa Centauri. In route, they have their first encounter with as alien craft. After five or so years in deep space, the refugees arrive at their destination, the star system of Alpha Centauri. As time passes, and the colony becomes well established, Sean decides to explore their new world. He finds a fully intact, derelict, alien ship. After years of study, reverse engineering, and the help of alien technology derived from the derelict spacecraft, they are able to return and reclaim their heritage.

0
|   0  reviews
Did you read Pathway to Destruction? Please provide your feedback and rating to help other readers.
Write Review