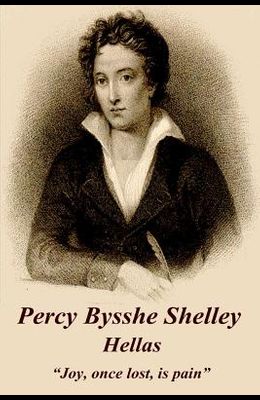 Shelley is one of the most revered figures in the English poetical landscape. Born on the 4th August 1792 he has, over the years, become rightly regarded as a major Romantic poet. Yet during his own lifetime little of his work was published. Publishers feared his radical views and possible charges against themselves for blasphemy and sedition. On 8th July 1822 a month before his 30th birthday, during a sudden storm, his tragic early death by drowning robbed our culture of many fine expected masterpieces. But in his short spell on earth he weaved much magic. Queen Mab was Shelley's first major poem and he pressed only 250 copies intended for friends and not a wider distribution. It is a fairy tale that offers a vision for a utopian society that might have a history of oppression and at present be riddled with misery but can have a future where humanity's nobler characteristics can be in harmony with the world and work with nature to create a better society for all. Mary Shelley expressed his intentions as such: He saw, in a fervent call on his fellow-creatures to share alike the blessings of the creation, to love and serve each other, the noblest work that life and time permitted him. In this spirit he composed Queen Mab.