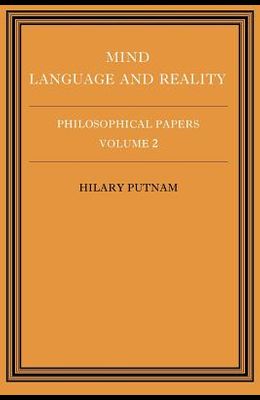 by
Hilary Putnam and Putnam Hilary

From the Back Cover Professor Hilary Putnam has been one of the most influential and sharply original of recent American philosophers in a whole range of fields. His most important published work is collected here, together with several new and substantial studies, in two volumes.