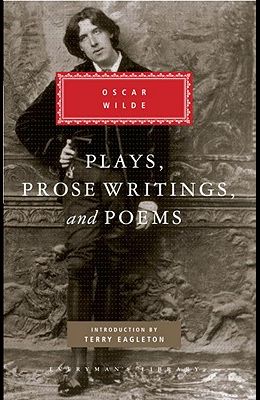 by
Oscar Wilde and Terry Eagleton

Introduction by Terry Eagleton Oscar Wilde has been acknowledged as the wittiest writer in the English language. This collection proves that he was also one of the most versatile. Effortlessly achieved, each revealing a different aspect of his brilliance, all of the plays, prose writings, and poems gathered here support Wilde's belief that entertainment provides the best kind of edification. The works gathered here include Wilde's once-controversial and now classic novel, The Picture of Dorian Gray , the rioutously (sic) comic plays The Importance of Being Earnest and Lady Windermere's Fan, and the famous poem he wrote after being released from prison, The Ballad of Reading Gaol. This expanded new edition now includes the complete version of Wilde's moving letter from prison, De Profundis, and his teasing parable about Shakespeare, The Portrait of Mr. W. H. Other notable included writings are the semi-comic mystery story Lord Arthur's Savile's Crime and the essay The Soul of Man Under Socialism .

From the Back Cover Wilde lived out a conflict between his public identity and his private self; and this fissure between the two is interestingl typical of his age.