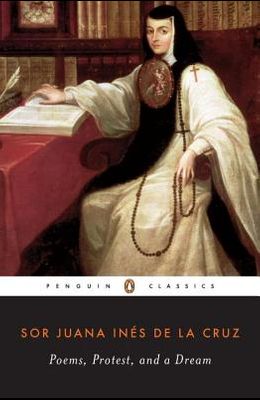 Born in Mexico in 1648, Latin America's finest baroque poet Sor Juana Ines de la Cruz spent her entire adult life in a convent. This unique dual-language collection of her works includes a famous prose piece that offers fascinating insights into the poet and the world in which she lived. Remarkable for her time, Sor Juana discusses the position of women with astonishing frankness, irony, and thinly veiled anger, issues that continue to be of concern today. How far, yet how little we have come in 300 years.

From the Back Cover Sor Juana Ines de la Cruz (1648-1695) wrote her most famous prose work, La Respuesta a Sor Filotea, in 1691 in response to her bishop's injunction against her intellectual pursuits. A passionate and subversive defense of the rights of women to study, to teach, and to write, it predates by almost a century and a half serious writings on any continent about the position and education of women. Moreover, notes Ilan Stavans in his introduction, it has become a cornerstone of Hispanic-American identity ... at once a chronicle of the tense gender relations in the Western Hemisphere, a rich portrait of the social behavior that prevailed more than a century before independence from Spain was gained in 1810, and the very first intellectual autobiography written by a criolla in a hemisphere known for its solipsism, introversion, and allergy to public confessions. Also included in this wide-ranging selection is a new translation of Sor Juana's masterpiece, the epistemological poem Primero Sueno, as well as revealing autobiographical sonnets, reverential religious poetry, secular love poems (which have excited speculation through three centuries), playful verses, and lyrical tributes to New World culture that are among the earliest writings celebrating the people and the customs of this hemisphere.