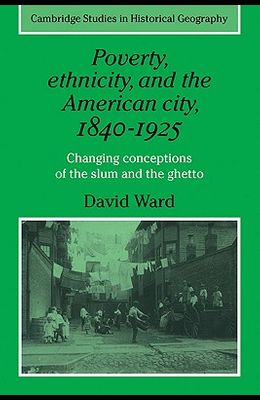 Poverty, Ethnicity and the American City, 1840-1925: Changing Conceptions of the Slum and Ghetto

The debate about the relationships among poverty, minorities and the inner city is rooted in evaluations of policies initiated decades ago but the issues of this debate have a much longer ancestry. In many respects the underlying arguments of this debate were formulated during the second quarter of the nineteenth century when the first wave of mass immigration from Europe exacerbated anxieties about the social order of the rapidly growing seaports of the north-eastern United States. This book examines, from an explicitly geographic perspective, the relationships between migrants and the inner city during the period of mass immigration to the United States from about 1840 until the introduction of immigration restriction in 1923-4. During this period, interpretations of poverty became part of a set of assumptions about the immigrant slums and the presumed deviance of their residents. At different times these assumptions implied varying degrees of environmental or cultural determinism, as well as complex reciprocal interaction between environment and culture.