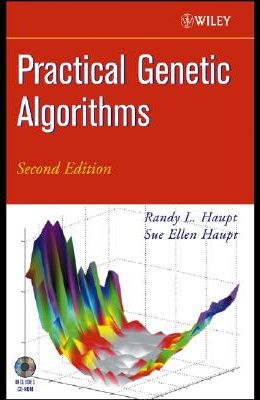 From the Back Cover The first introductory-level book to emphasize practical applications through the use of example problems. -- International Journal of General Systems, Vol. 31, No. 1, 2002, on the first edition The use of genetic algorithms (GAs) to solve large and often complex computational problems has given rise to many new applications in a variety of disciplines. Practical Genetic Algorithms was the first introductory-level book on genetic algorithms to emphasize practical applications rather than theory. Practical Genetic Algorithms, Second Edition reflects the significant evolution of the field since the book's first edition. In an accessible style, the authors explain why the genetic algorithm is superior in many real-world applications, cover continuous parameter genetic algorithms, and provide in-depth trade-off analysis of genetic algorithm parameter selection. This Second Edition features: Numerous practical example problems A CD-ROM with MATLAB and High Performance Fortran codes A new, more complete picture of traditional optimization Revised examples reflecting recent research Coverage of pareto-genetic and hybrid genetic algorithms (GAs) New sections on hybrid GAs, parallel GAs, and messy GAs, with recommendations on improving their performance An all new chapter on simulated annealing, ant-colony optimization, evolutionary strategies, and other cutting-edge artificial intelligence methods of optimization Written for the practicing scientist, engineer, economist, artist, or anyone with an interest in the basics of GAs, the second edition continues to offer readers an up-to-date look at the evolving practical applications of GAs and how to manipulate them in order to get the best performance.