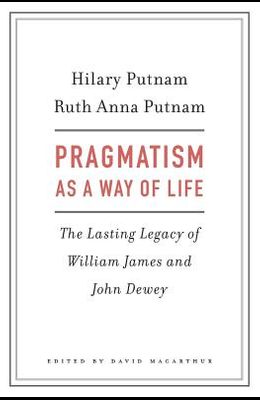 Pragmatism as a Way of Life

Throughout his diverse and highly influential career, Hilary Putnam was famous for changing his mind. As a pragmatist he treated philosophical positions as experiments in deliberate living. His aim was not to fix on one position but to attempt to do justice to the depth and complexity of reality. In this new collection, he and Ruth Anna Putnam argue that key elements of the classical pragmatism of William James and John Dewey provide a framework for the most progressive and forward-looking forms of philosophy in contemporary thought. The Putnams present a compelling defense of the radical originality of the philosophical ideas of James and Dewey and their usefulness in confronting the urgent social, political, and moral problems of the twenty-first century. Pragmatism as a Way of Life brings together almost all of the Putnams' pragmatist writings--essays they wrote as individuals and as coauthors. The pragmatism they endorse, though respectful of the sciences, is an open experience-based philosophy of our everyday lives that trenchantly criticizes the fact/value dualism running through contemporary culture. Hilary Putnam argues that all facts are dependent on cognitive values, while Ruth Anna Putnam turns the problem around, illuminating the factual basis of moral principles. Together, they offer a shared vision which, in Hilary's words, could serve as a manifesto for what the two of us would like philosophy to look like in the twenty-first century and beyond.

Books similiar to Pragmatism as a Way of Life

List of All Editions of Pragmatism as a Way of Life