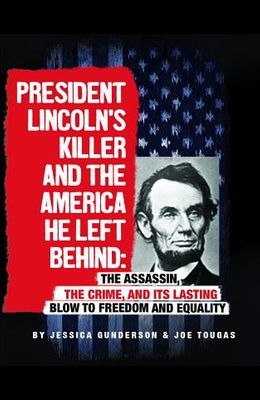 President Lincoln's Killer and the America He Left Behind: The Assassin, the Crime, and Its Lasting Blow to Freedom and Equality

Abraham Lincoln was watching a play at Ford's Theatre when a gunman crept up from behind and fired at the president's head. As Lincoln crumpled with a terrible wound, the shooter leapt from the balcony and fled before a shocked audience. He was John Wilkes Booth, a well-known stage actor, and he imagined himself a hero avenging the South's defeat in the Civil War. Soldiers searched for Booth as Lincoln suffered long hours before dying. There would be no reversing the results of the war, but Lincoln's death put the cause of freedom and equality in danger. His presidency had been cut short, and even today the country lives with the effects of his assassination.