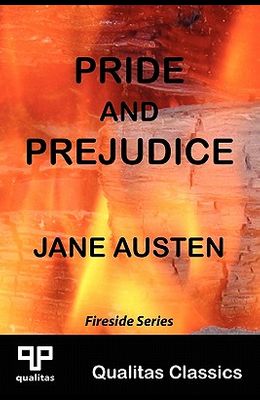 Pride and Prejudice was written by Jane Austen and first published in 1813. The novel follows the principal character Elizabeth Bennet as she deals with issues of manners, upbringing, moral rightness, education, and marriage in her aristocratic society of early 19th century England. Although set in early Victorian England, the story retains a fascination for modern readers as reflected in the novel's enduring popularity. This publication of Pride and Prejudice is part of the Qualitas Classics Fireside Series, where pure, ageless classics are presented in clean, easy to read reprints. For a complete list of titles, see: http: //www.qualitaspublishing.co