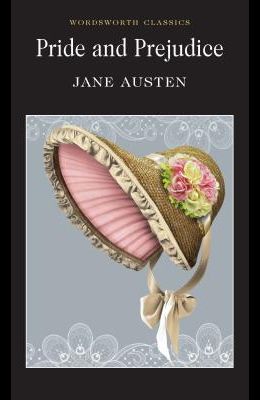 Introduction and Notes by Dr Ian Littlewood, University of Sussex. Pride and Prejudice , which opens with one of the most famous sentences in English Literature, is an ironic novel of manners. In it the garrulous and empty-headed Mrs Bennet has only one aim - that of finding a good match for each of her five daughters. In this she is mocked by her cynical and indolent husband. With its wit, its social precision and, above all, its irresistible heroine, Pride and Prejudice has proved one of the most enduringly popular novels in the English language.

From the Back Cover Of all Jane Austen's books, Pride and Prejudice has earned a special place in the hearts of the reading public as her best-loved and most intimately known novel. From its famous opening sentence the story of the Bennet family and of the novel's two protagonists, Elizabeth and Darcy, told with a wit that its author feared might prove 'rather too light and bright, and sparkling', delights its most familiar readers as thoroughly as it does those who encounter it for the first time. Jane Austen's artistry is apparent, too, in the delineation of the minor characters: the ill-matched Mr. and Mrs. Bennet, Charles Bingley and his sisters, and above all the fatuous Mr. Collins, whose proposal to Elizabeth Bennet is one of the finest comic passages in English literature. And while she entertains us, Jane Austen teaches us the wisdom of balance, the folly of 'pride' and 'prejudice'.