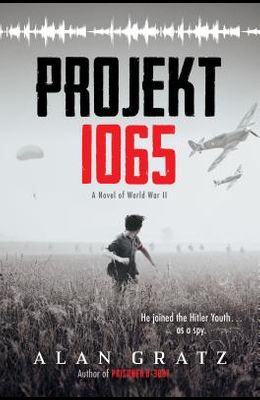 Award-winning, critically acclaimed author Alan Gratz ( Prisoner B-3087 ) returns with another gripping World War II story, this time about a spy in the Hitler Youth. Infiltrate. Befriend. Sabotage. World War II is raging. Michael O'Shaunessey, originally from Ireland, now lives in Nazi Germany with his parents. Like the other boys in his school, Michael is a member of the Hitler Youth. But Michael has a secret. He and his parents are spies. Michael despises everything the Nazis stand for. But he joins in the Hitler Youth's horrific games and book burnings, playing the part so he can gain insider knowledge. When Michael learns about Projekt 1065, a secret Nazi war mission, things get even more complicated. He must prove his loyalty to the Hitler Youth at all costs -- even if it means risking everything he cares about. Including... his own life. From acclaimed author Alan Gratz ( Prisoner B-3087 ) comes a pulse-pounding novel about facing fears and fighting for what matters most.