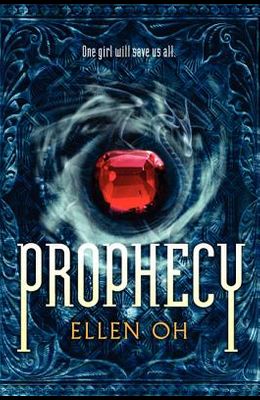 Book #1 in the The Dragon King Chronicles Series
by
Ellen Oh
$3.88
Select Format

For fans of bestselling author Marie Lu comes this heart-stopping first book in Ellen Oh's trilogy about the greatest warrior in all of the Seven Kingdoms . . . a girl with yellow eyes. Intrigue and mystery, ancient lore and action-packed fantasy come together in this incredible debut Kira's the only female in the king's army, and she's also the prince's bodyguard. A demon slayer and an outcast, she's hated by nearly everyone in her home city of Hansong. And she's their only hope. . . . Murdered kings and discovered traitors point to a demon invasion, sending Kira on the run with the young prince. He may be the savior predicted in the Dragon King's prophecy, but the legendary lost ruby treasure just might be the true key to victory. With only the guidance of the cryptic prophecy, Kira must battle demon soldiers, an evil shaman, and the Demon Lord himself to find what was once lost, while raising a prince into a king.

From the Back Cover She's the demon slayer. She's the most feared girl in the whole Kingdom. And now she's on the run.

The Dragon King Chronicles Series In Order - By Ellen Oh