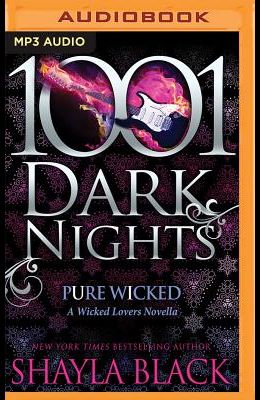 1001 Dark Nights is a collection of breathtakingly sexy and magically romantic novellas inspired by the exotic tales of The Arabian Nights . In the original, Scheherazade desperately attempts to entertain her husband, the King of Persia, with nightly stories so that he will postpone her execution. In our versions, each of our fabulous authors puts a unique spin on the premise and creates a tale that a new Scheherazade tells long into the dark, dark night. During his decade as an international pop star, Jesse McCall has lived every day in the fast lane. A committed hedonist reveling in amazing highs, globetrotting, and nameless encounters, he refuses to think about his loneliness or empty future. Then tragedy strikes. Shocked and grieving, he sheds his identity and walks away, searching for peace. Instead, he finds Bristol Reese, a no-nonsense beauty scraping to keep her business afloat while struggling with her own demons. He's intent on seducing her, but other than a pleasure-filled night, she's not interested in a player, especially after her boyfriend recently proposed to her sister. In order to claim Bristol, Jesse has to prove he's not the kind of man he's always been. But when she learns his identity and his past comes back to haunt him, how will he convince her that he's a changed man who wants nothing more than to make her his forever?