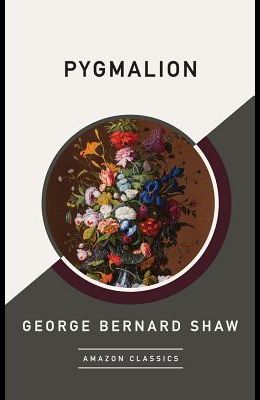 One of Shaw's most enduring works, Pygmalion is an insightful comedy of class relations and perceptions, as played out between a Cockney flower girl and the irascible speech professor who has taken her on as a pet project. Described by critics as a play of great vitality and charm, Pygmalion inspired the award-winning stage and film productions of Lerner and Loewe's musical, My Fair Lady. An L.A. Theatre Works full cast performance featuring: Roslyn Alexander as Mrs. Eynsford-Hill Shannon Cochran as Eliza Doolittle Denise du Maurier as Mrs. Higgins Rebecca MacLean as Clara Eynsford-Hill David New as Freddy Eynsford-Hill Kenneth J. Northcott as Colonel Pickering Nicholas Pennell as Henry Higgins Nicholas Rudall as Alfred Doolittle Ben Whitehouse as Bystander/Butler Laura Whyte as Mrs. Pearce Directed by Nicholas Rudall. Recorded before an audience by L.A. Theatre Works.