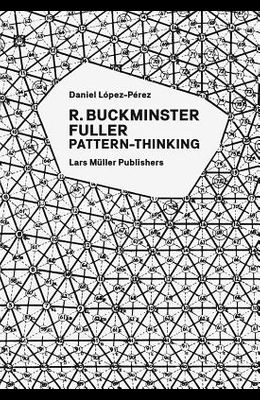 For Fuller, nature is the most exquisite technology we know; and what underlies all of his work is the quest to uncover nature's fundamental principles--in order to foster their manifestation as a pattern integrity 'for successfully regenerating all life aboard our planetary spaceship.' -Jaime Lawrence Snyder, Lars M ller Fuller Series Editor The work of R. Buckminster Fuller (1895-1983) is among the most extraordinary and inventive in 20th-century design and architecture, not least for its incorporation of a range of intellectual and technical disciplines. Fuller described himself as an engineer, inventor, mathematician, architect, cartographer, philosopher, poet, cosmogonist, comprehensive designer and choreographer.'' R. Buckminster Fuller: Pattern-Thinking is a major reassessment of Fuller's legacy in the context of design, examining his singular vision of new conceptual models for design and architecture, alongside his ideas on their potentially world-altering consequences. Drawing extensively on his archive and with over 300 images, the book follows Fuller's explorations of geometry, language and intellectual property in their relation to design principles and pedagogy, organizing its survey of Fuller's work through parallel conceptual threads rather than in a linear chronology of his career. Daniel L pez-P rez is an associate professor and a founding faculty member of the Architecture Program at the University of San Diego. By way of several publications and curatorial projects, L pez-P rez has emerged as an authority on Fuller, having edited Fuller in Mexico (2015) and R. Buckminster Fuller: World Man (2013), the latter of which was picked as Design Book of the Year by Architect magazine. He was also the curator of a week of lectures and exhibitions on Fuller at the Venice Architecture Biennale in 2014.