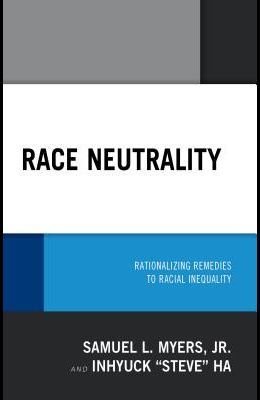 There are wide racial disparities in virtually every sphere of economic life. African American workers earn less than whites. They are more likely to be denied loans than whites. Minority-owned businesses are less likely to win lucrative bids on state and federal contracts than are white male owned businesses. Black children are more likely than whites to be reported to child protective services for neglect or abuse. There are even huge disparities in downing rates between blacks and whites. What to do about these disparities? There is a fundamental disagreement about the appropriate remedies to these varied indicators of racial inequality. Part of the disagreement stems from differences in public perceptions about the underlying causes of the inequality. But, another form of disagreement relates to the opposition to the remedy of choice during much of the 1970s and 1980s: Affirmative Action. Race conscious remedies -- like affirmative action policies in hiring, college admissions, and business contracting -- suffer from legal and constitutional challenges, compounded by hostility from the majority of Americans. The alternative - race-neutral remedies - attempt to address racial disparities without directly targeting benefits exclusively to racial minority group members. In doing so, race-neutral remedies putatively help minorities without hurting majority group members. The authors of Race Neutrality: Rationalizing Remedies to Racial Inequality make the case that policy analysts should shift from a focus on whether a remedy is race-conscious or not to a focus on the underlying problem that the alternative remedies is attempting to resolve. This type of rethinking of the problem of racial inequality will reveal that sometimes race-neutral remedies hold great promise in reducing disparities. Often, however, race-neutral remedies fail to do what they are intended to do. The authors challenge the reader to think about why race-neutral remedies--while desireable on their face--might fail to resolve protracted and persistent patterns of racial inequality in market and non-market contexts.