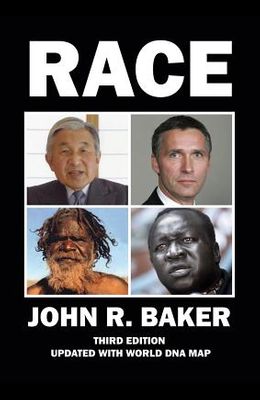 Third Edition: Now updated with world DNA map. Written by an Oxford University professor, this book maps out almost every aspect of the biological differences between different races. It describes species and races (subspecies); hybrids; and those theories of evolution that allow the various groups of animals to be graded as more or less primitive or advanced. Drawing on physical and cultural anthropology, palaeontology, prehistoric archaeology, art history, and nineteenth-century accounts of Africans until then secluded from contact with other human groups, this book features sections on Europids; the Jews; the Celts; the Australids; the Sanids (Bushmen); and the Negrids. In the final part, the author reviews in depth the evidence on heredity and cognitive ability and reaches the measured conclusion that in certain races a greater proportion of people are capable of developing high intelligence than in others. The last section discusses who some races had achieved civilisation and others have not. It explores the nature of civilization by using 23 criteria by which civilizations may be identified. Based on these criteria, it concludes that Mesoamerican societies were not civilizations, and that no indigenous civilizations ever arose in Africa.