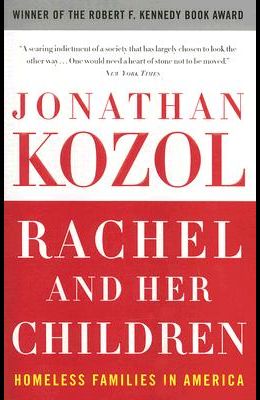 Rachel and Her Children: Homeless Families in America

The story that jolted the conscience of the nation when it first appeared in The New Yorker Jonathan Kozol is one of America's most forceful and eloquent observers of the intersection of race, poverty, and education. His books, from the National Book Award-winning Death at an Early Age to his most recent, the critically acclaimed Shame of the Nation , are touchstones of the national conscience. First published in 1988 and based on the months the author spent among America's homeless, Rachel and Her Children is an unforgettable record of the desperate voices of men, women, and especially children caught up in a nightmarish situation that tears at the hearts of readers. With record numbers of homeless children and adults flooding the nation's shelters, Rachel and Her Children offers a look at homelessness that resonates even louder today.