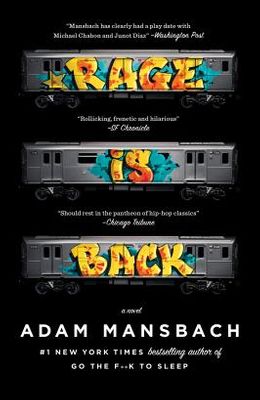 From the #1 New York Times bestselling author of Go the F*** to Sleep, a rollicking, frenetic and hilarious jaunt (San Francisco Chronicle) and an Amazon Best Book of the Month Raised in the shadow of two graffiti legends from New York's golden era of subway bombing, Dondi Vance is less than thrilled to learn his father, Billy Rage, is back after sixteen years on the lam. But the transit cop who ruined Billy's life and shattered his crew is running for mayor--and must be brought down. Welcome to the Great American Graffiti Novel.