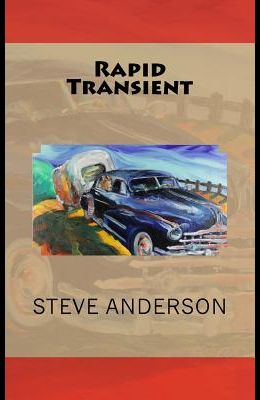 What do a dead environmentalist, the widow who inherits a large fortune, a Las Vegas developer with mob connections and a sexy female singer have in common? That is what Wily Spiver is about to find out as the roving newspaper reporter follows a meandering trail of clues leading ultimately to the deadly scene and what unfolds after that fateful night. Check-in was easy for Wily Spiver. Easy on the eyes that is, as Lucy Branch stood behind the registration desk of the Lucky U Motel. It was more than a mutual attraction, it was a destiny that neither one could ever have anticipated. So began Wily's adventure in seemingly bucolic Great Valley, a western Colorado town that is anything but idyllic. Environmentalist Derrick Banyan is pitted against Victor Saville, a Las Vegas mobster who wants to dam up all the water left in a drought-stricken wildlife area as part of a proposed large-scale diversion project for a Vegas consortium downstream. County commissioners and business leaders alike also want part of the action with visions of casinos and a lakefront resort on the outskirts of their town. Corruption runs rampant and Wily is there to report on all of it for the Great Valley Beacon. But when the conflict turns deadly he is pressured to end any more coverage on the death of the environmentalist, or Wily could risk becoming another fatality in this water war. Even the paper's publisher, Rusty Gates, bets against Wily and wants him censored because of the financial implications when Gates tries to sell out. Wily remains undaunted, and when it comes to his lustful editor, Jeannette LeBreeze, he's even more motivated to reach his goal of finding love and veracity. When the chips are down, Wily heads to Nevada, back to his roots, and being the degenerate gambler he once was. But there is more at stake than just money at a craps game. Win, lose or draw, all bets are on the mark in Wily Spiver's game of chance.