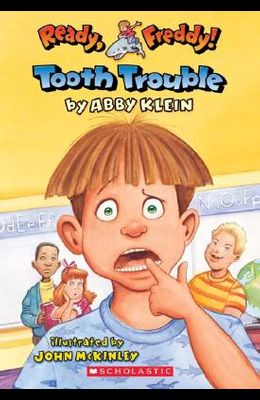 Book #1 in the Ready, Freddy! Series
by
and Abby Klein and John McKinley

Watch out, Junie, there's a new kid on the block It's Freddy Thresher, a first grader who knows it's a jungle out there. A new chapter book series written by an elementary teacher who's seen it all Freddy Thresher has a problem: a really, really, big problem. He's the only one in his class who hasn't lost a tooth All of the other students in Mrs. Wushy's first grade have signed their names on the Big Tooth, and Freddy's determined to get his name on it, too. So when Max The Meanie Sellars calls Freddy a baby, Freddy decides he's going to lose that tooth one way or another, even if it means getting punched in the face at recess, or even bigger trouble, with Mom