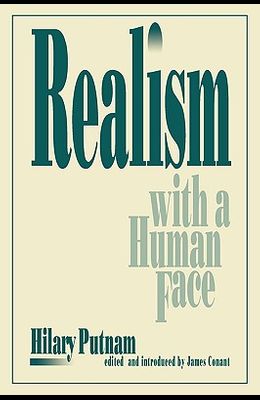 Realism with a Human Face

The time has come to reform philosophy, says Hilary Putnam, one of America's great philosophers. He calls upon philosophers to attend to the gap between the present condition of their subject and the human aspirations that philosophy should and once did claim to represent. Putnam's goal is to embed philosophy in social life. The first part of this book is dedicated to metaphysical questions. Putnam rejects the contemporary metaphysics that insists on describing both the mind and the world from a God's-eye view. In its place he argues for pluralism, for a philosophy that is not a closed systematic method but a human practice connected to real life. Philosophy has a task, to be sure, but it is not to provide an inventory of the basic furniture of the universe or to separate reality in itself from our own projections. Putnam makes it clear that science is not in the business of describing a ready-made world, and philosophy should not be in that business either. The author moves on to show that the larger human context in which science matters is a world of values animated by ethics and aesthetic judgments. No adequate philosophy should try to explain away ethical facts. The dimension of history is added in the third part of the book. Here Putnam takes up a set of American philosophers, some firmly within and others outside the canon of analytic philosophy, such as William James and C. S. Peirce, and he explores the pragmatist contribution to philosophy from James to Quine and Goodman. This book connects issues in metaphysics with cultural and literary issues and argues that the collapse of philosophical realism does not entail a fall into the abyss of relativism and postmodern skepticism. It is aimed primarily at philosophers but should appeal to a wide range of humanists and social scientists.