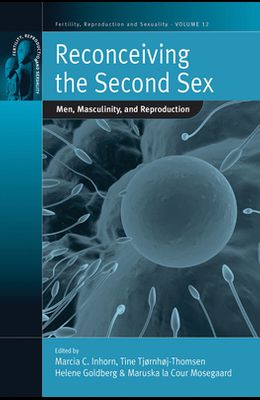 ...an overdue first step in recognizing that men's role in contemporary human reproduction - from their gametes to their psyches - has been a neglected realm of scientific and scholarly pursuit. - Robert D. Nachtigall, M.D., Institute for Health and Aging, University of California, San Francisco Extensive social science research, particularly by anthropologists, has explored women's reproductive lives, their use of reproductive technologies, and their experiences as mothers and nurturers of children. Meanwhile, few if any volumes have explored men's reproductive concerns or contributions to women's reproductive health: Men are clearly viewed as the second sex in reproduction. This volume argues that the marginalization of men is an oversight of considerable proportions, and thereby seeks to break the silence surrounding men's thoughts, experiences, and feelings about their reproductive lives. It sheds new light on male reproduction from a cross-cultural, global perspective, focusing not only upon men in Europe and America but also those in the Middle East, Asia, and Latin America. Both heterosexual and homosexual, married and unmarried men are featured in this volume, which assesses concerns ranging from masculinity and sexuality to childbirth and fatherhood. Thus, men are brought back into the equation, as reproductive partners, progenitors, fathers, nurturers, and decision-makers. Marcia C. Inhorn is William K. Lanman Jr. Professor of Anthropology and International Affairs in the Department of Anthropology and the Whitney and Betty MacMillan Center for International and Area Studies at Yale University. She is also the past-president of the Society for Medical Anthropology of the American Anthropological Association. A specialist on infertility and assisted reproductive technologies in the Muslim Middle East, she is the author or editor of six books on the subject. Tine Tj rnh j-Thomsen is a Social Anthropologist and Associate Professor in the Department of Anthropology at the University of Copenhagen. She has done extensive research into infertility, reproductive technologies and kinship in Denmark. In 1998 she received a prize for the work relating to her PhD thesis, Stories of Coming into Being: Childlessness, Procreative Technologies and Kinship in Denmark. Helene Goldberg is a Social Anthropologist whose research on male infertility in Israel has won several prizes. She is associated with the Department of Health Development in Guldborgsund, Denmark, where she focuses on health behavior and lifestyle illnesses. Maruska la Cour Mosegaard is a Social Anthropologist and has recently finished research on homosexual fatherhood in Denmark. She is currently working at KVINFO, the Danish Center of Information on Women and Gender Research. She is coauthor of a children's book that introduces the various ways children today come into being in single-parent, heterosexual, and homosexual families; it will appear in December 2008 in both Danish and Swedish.

List of All Editions of Reconceiving the Second Sex: Men, Masculinity, and Reproduction