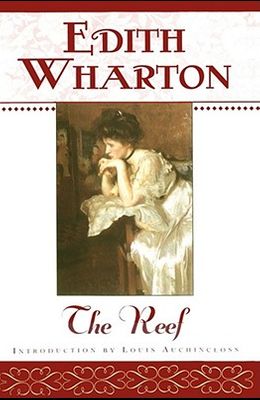 I put most of myself into that opus, Edith Wharton said of The Reef, possibly her most autobiographical novel. Published in 1912, it was, Bernard Berenson told Henry Adams, better than any previous work excepting Ethan Frome. A challenge to the moral climate of the day, The Reef follows the fancies of George Darrow, a young diplomat en route from London to France, intent on proposing to the widowed Anna Leath. Unsettled by Anna's reticence, Darrow drifts into an affair with Sophy Viner, a charmingly naive and impecunious young woman whose relations with Darrow and Anna's family threaten his prospects for success. For its dramatic construction and acute insight into social mores and the multifaceted problem of sexuality, The Reef stands as one of Edith Wharton's most daring works of fiction.

From the Back Cover Anna Leath, an American widow living in France, has renewed her relationship with her first love, diplomat George Darrow. But on his way to her beautiful French chateau, Givre, where he hopes to consolidate their marriage plans, Darrow encounters Sophy Viner, who is as vibrant and spontaneous as Anna is reserved and restrained. Sophy's subsequent employment as governess to Anna's daughter means that her fate becomes inextricably entwined with that of the family at Givre. And what to Darrow is a forgotten interlude becomes the reef on which the lives of four people are in danger of foundering.

What should you read after Reef? Here is a list of books to read if you read and loved Reef