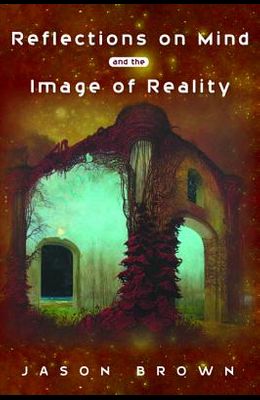 Reflections on Mind and the Image of Reality

This collection of brief essays and still briefer commentaries is a personal reflection on some topics that have been thematic in the development of my theoretical work. These essays are not meant to extend the theory into yet-uncharted territory, but rather to draw out some of its implications for clinical neuroscience, philosophy of mind, and everyday life. The point of view guiding these reflections can be found in prior works, but the discerning reader will not fail to see a departure from current models of mind and brain based on circuit board diagrams, modular and computational theories that conflict with a processual account in which the mind/brain is more like a living organism. This perspective, which is often at odds with common sense and folk psychology, has particular relevance to our concepts of the self, the inner life, subjective time, adaptive process, and the world represented in perception. Where neuroscience meets philosophical poetry, a new speculative territory springs. Indeed, Brown writes books that are akin to Rilke's savage creative storms, a stylistic feat that matches his main thesis: mental and physical life have to be understood organically (hence processually), not mechanistically or computationally. Anyone who passionately seeks new scientific and anthropological ventures to appraise the human phenomena should read this book. --Michel Weber, University of Saskatchewan These elegant essays portray the reflections on experience that emerge from Jason Brown's many years of understanding microgenetic theory. . . . Certainly the curious reader will want to delve further into the history of Brown's ideas that made these reflections possible, but the enjoyment of this book is readily available to anyone ready for a fresh encounter with the process of mind. --Don M. Tucker, University of Oregon, author of Mind from Body In three decades of reading Jason Brown--the Copernicus of Consciousness--I would frequently encounter a passage of such depth and poetic concision that it took possession of me for the rest of the day and compelled me to quote it to others. The dazzling Reflections on Mind and the Image of Reality --Brown's most accessible book--is like a collection of such passages. --Jonathan Bricklin, author of The Illusion of Will, Self, and Time: William James's Reluctant Guide to Enlightenment Dr. Jason Brown is clinical professor, Department of Neurology, New York University Medical Center, with appointments at Columbia Presbyterian Hospital, Boston University, Albert Einstein Medical College, and Rockefeller University. He has written fifteen books in neuropsychology and philosophy of mind, edited four others, and over two hundred scientific articles. He has been a reviewer and recipient of grants and fellowships from the National Institutes of Health and the Alexander von Humboldt Foundation, and is or has been on the editorial boards of leading journals in his field.