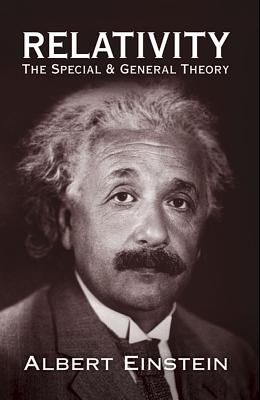 Relativity: The Special and General Theory

From the age of Galileo until the early years of the 20th century, scientists grappled with seemingly insurmountable paradoxes inherent in the theories of classical physics. With the publication of Albert Einstein's special and general theories of relativity, however, traditional approaches to solving the riddles of space and time crumbled. In their place stood a radically new view of the physical world, providing answers to many of the unsolved mysteries of pre-Einsteinian physics. Acclaimed as the pinnacle of scientific philosophy, the theories of relativity tend to be regarded as the exclusive domain of highly trained scientific minds. The great physicist himself disclaimed this exclusionary view, and in this book, he explains both theories in their simplest and most intelligible form for the layman not versed in the mathematical foundations of theoretical physics. In addition to the theories themselves, this book contains a final part presenting fascinating considerations on the universe as a whole. Appendices cover the simple derivation of the Lorentz transformation, Minkowski's four-dimensional space, and the experimental confirmation of the general theory of relativity. Students, teachers, and other scientifically minded readers will appreciate this inexpensive and accessible interpretation of one of the world's greatest intellectual accomplishments.

List of All Editions of Relativity: The Special and General Theory