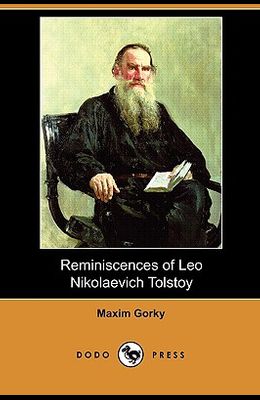 Aleksei Maksimovich Peshkov (better known as Maxim Gorky) (1868-1936), was a popular and influential Russian author, a founder of the socialist realism literary method and arguably the greatest Russian literary figure of the 20th century. He wrote stories, plays, memoirs and novels which touched the imagination of the Russian people, and was the first Russian author to write sympathetically of such characters as tramps and thieves, emphasizing their daily struggles against overwhelming odds. His works include: The Man Who Was Afraid (1901), Twenty-Six and One and Other Stories (1902), Children of the Sun (1905), Mother (1907) - one of his best-loved books, about a mother who secretly distributes forbidden literature, sowing truth and hope amongst the people of Russia - Creatures That Once Were Men (1918), Untimely Thoughts (1918) and Through Russia (1921).