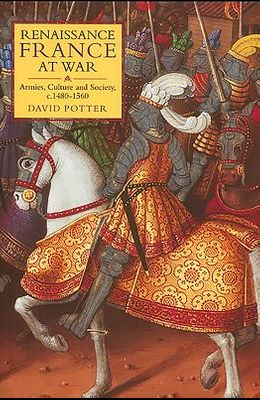 The other' Renaissance experienced by France was that of war. In Italy from 1494 to 1529, for instance, France was involved in at least a hundred battles, some of them batttles of giants' like Marignano. After 1530, though the emphasis partly shifted away from Italy and major battles were replaced by complex sieges and wars of manoeuvre, the presence of war was universal. In the Habsburg Valois' wars that began in 1521, the country was subjected to major military incursions but continued to make notable attempts to occupy contiguous territory in the Pyrenees, the Alps and the north-east. Explaining such prodigious military efforts is the theme of this book. Why did the rulers of France attach so much importance to war and did the development of French armies in this period contribute to a significant modernisation of the country's military potential? The author attempts to answer these crucial questions, through an exploration of the strategy of the country's rulers in the light of contemporary writings, analysis of the nature of the country's high command, and a study of the major components of the king's armies. He argues that France was a society geared to war, persuaded by a sophisticated network of printed communications; the reception of the triumphalist view of war favoured by the rulers is discussed via an investigation of public opinion, as revealed in the literary, artistic and musical worlds. He also shows how the strengthening of the frontiers with new fortifications emerged as a major stage in the adaptation of France to age of artillery. DAVID POTTER is Reader in History at the University of Kent, Canterbury.

List of All Editions of Renaissance France at War: Armies, Culture and Society, C.1480-1560