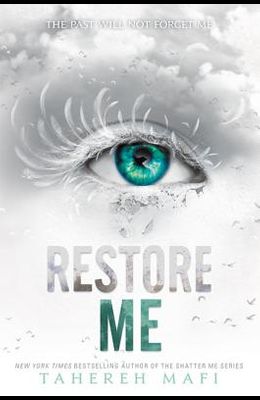 Book #4 in the Shatter Me Series
by
Tahereh Mafi

New York Times-bestselling author Mafi returns to the world of her Shatter Me series with a new three-book arc! Juliette has overthrown Warner's father and taken control of The Reestablishment--will she be able to wield all this new power? 1/8.

From the Back Cover My past still clings to me, skeleton hands holding me back even as I push forward into the light. It's been sixteen days since Juliette Ferrars killed the supreme commander of North America and took over as ruler of The Reestablishment on the continent. Sixteen days since she assassinated Warner's father. Juliette thought she'd won. She took over Sector 45 and now has Warner by her side. But she's still the girl with the ability to kill with a single touch, and now the rest of the world is carefully watching her every move to see what kind of leader she will become. Juliette and Warner have risked everything. But will they be able to control the power Juliette wields, or will it control them?