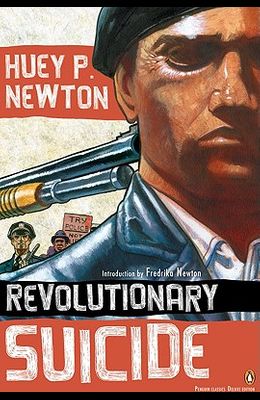 The searing, visionary memoir of founding Black Panther Huey P. Newton, in a dazzling graphic package Eloquently tracing the birth of a revolutionary, Huey P. Newton's famous and oft-quoted autobiography is as much a manifesto as a portrait of the inner circle of America's Black Panther Party, which is recognizing its 50th anniversary in October 2016. From Newton's impoverished childhood on the streets of Oakland to his adolescence and struggles with the system, from his role in the Black Panthers to his solitary confinement in the Alameda County Jail, Revolutionary Suicide is smart, unrepentant, and thought-provoking in its portrayal of inspired radicalism. For more than seventy years, Penguin has been the leading publisher of classic literature in the English-speaking world. With more than 1,700 titles, Penguin Classics represents a global bookshelf of the best works throughout history and across genres and disciplines. Readers trust the series to provide authoritative texts enhanced by introductions and notes by distinguished scholars and contemporary authors, as well as up-to-date translations by award-winning translators.

From the Back Cover In October 1967, one year after the founding of the Black Panther Party, Huey Newton was involved in a shooting during which an Oakland police officer was killed. Newton spent three years in prison before being released and having his charges dismissed, and his jailing brought cries of Free Huey from supporters around the world. This engrossing and well-written autobiography recounts the forming of a revolutionary and shows how the degrading and psychologically destructive penal system forged Newton's already growing spirit. When Newton was a child, his father instilled in him a sense of dignity and pride; as an adolescent, he was torn between religious principles and life as a hustler; as a young man, he founded the radical Black Panther Party with Bobby Seale, and finally, in solitary confinement in the Alameda County Jail, he reached deep within himself to find the strength to face adversity; and even death without fear.