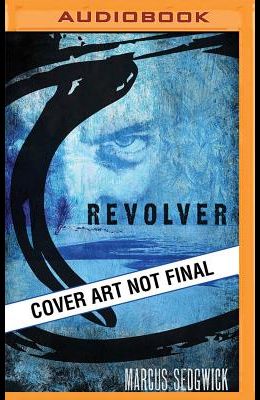 by
Marcus Sedgwick and Peter Berkrot

A LOADED GUN. STOLEN GOLD. And a menacing stranger. A taut frontier survivor story, set at the time of the Alaska gold rush. In an isolated cabin, fourteen-year-old Sig is alone with a corpse: his father, who has fallen through the ice and frozen to death only hours earlier. Then comes a stranger claiming that Sig's father owes him a share of a horde of stolen gold. Sig's only protection is a loaded Colt revolver hidden in the cabin's storeroom. The question is, will Sig use the gun, and why? Revolver is a 2011 Bank Street - Best Children's Book of the Year.