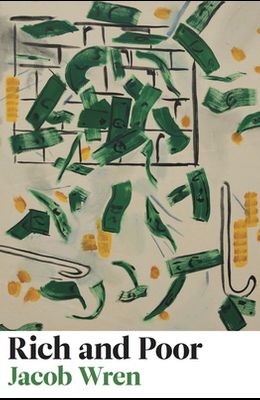 Who hasn't, at one time or another, considered killing a billionaire? Following on the critical success of his novel Polyamorous Love Song (BookThug, 2014; finalist for the Fence Modern Prize in Prose and one of The Globe and Mail's 100 best books of 2014), Canadian writer and performer Jacob Wren picks up the mantle of the politically and economically disenfranchised in Rich and Poor--the story of a middle-class, immigrant pianist who has fallen on hard times, and now finds himself washing dishes to make ends meet. Wren capably balances personal reflections with real-time political events, as his protagonist awakens to the possibility of a solution to his troubles and begins to formulate a plan of attack, in which the only answer is to get rid of the 1%. Rich and Poor is rare work of literary fiction that cuts into the psychology of politics in ways that are off-kilter, unexpected, and unnerving. In drawing comparisons to fiction that focuses on the personal as political (including Chris Kraus's Summer of Hate and Roberto Bolano's The Savage Detectives), Rich and Poor is a compelling, fast-paced, and energizing read for adventure-seeking, politically active and/or interested readers who rowdily question their position among the 99%.