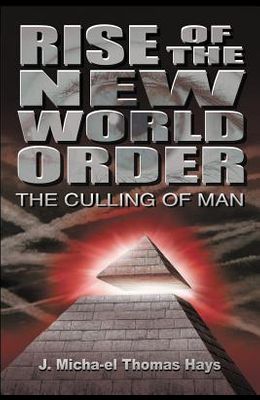 Rise of the New World Order: The Culling of Man

The same occult group who have been ruling over humanity for thousands of years continue to do so to this day. The Luciferian one world government of Biblical prophecy is unfolding behind the scenes as you read this and was given the catchy name of the New World Order. The technology currently exists to fulfill all aspects of the Biblical prophecies regarding the End Times, including the resurrection of the original Antichrist, who was the architect of the New World Order over 4,000 years ago. This tyrant will soon be brought back to life using modern day DNA technology to rule the world once again, fulfilling the prophecy of Revelation 17:8 The beast, which you saw, once was, now is not, and will come up out of the Abyss and go to his destruction. The inhabitants of the Earth whose names have not been written in the Book of Life from the creation of the world will be astonished when they see the beast, because he once was, now is not, and yet will come. I'm going to show you who the Antichrist is, how and why the plan for the New World Order began, who ran it through history, who runs it today, and what is to happen in the very near future. I explain very clearly all of the most important components of this evil agenda and how they interlock to form a pyramidal, compartmentalized conspiracy run by the Luciferian elites, to the ultimate benefit of only a few thousand of the people involved with bringing the one world government to fruition. If you've never heard of the New World Order, what is happening behind the scenes is quite unbelievable. My first book is exactly the 'red pill' that you've heard about....the book that will wake you up to what's really going on in the world. Yes, it's quite disturbing, but there's a happy ending full of hope and promise if you understand what is REALLY going on, that which is plainly laid out in my books. Please read the book reviews for this book and you will see that this is a highly important book for you to not only read, but to make others aware of its existence. Book 2 of the series is out now also. I expect to release book 3 of the series middle to late 2020. Thanks to all for your support -J. Michael Thomas Hays