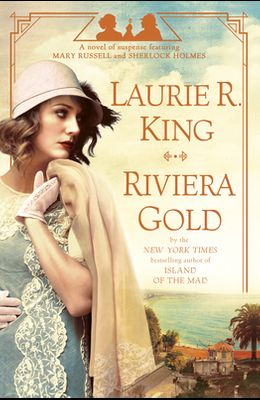 Mary Russell and Sherlock Holmes turn the Riviera upside down to crack their most captivating case yet in the New York Times bestselling series that Lee Child called the most sustained feat of imagination in mystery fiction today. It's summertime on the Riviera, and the Jazz Age has come to France's once-sleepy beaches. As American expatriates begin to drift down from Paris, their villas fill with the music and merriment of their generation's most creative minds. From those ocean-view terraces, they also gaze along the coastline at the lights of a more traditional pleasure ground: Monte Carlo, where fortunes are won, lost, stolen, and sometimes hidden away. When Mary Russell and Sherlock Holmes happen across the C te d'Azur, they find their partnership similarly pulled, between youthful pleasures and old sins, hot sun and cool jazz, new affections and enduring loyalties. Russell falls into easy friendship with an enthralling American couple, Sara and Gerald Murphy, whose golden life on the Riviera has begun to attract famous writers and artists--and some of the scoundrels linked with Monte Carlo's underworld. The Murphy set will go on to inspire everyone from F. Scott Fitzgerald to Pablo Picasso , but in this summer of 1925, their importance for Russell lies in one of their circle's recent additions: none other than the Holmeses' former housekeeper, Mrs. Hudson, who hasn't been seen since she fled England under a cloud of false murder accusations. When a beautiful young man is found dead in Mrs. Hudson's front room, she becomes the prime suspect in yet another murder. Russell is certain that Mrs. Hudson is innocent; Holmes is not quite so sure. But the old woman's colorful past has been a source of tension between them before this, and now, the dangerous players who control Monte Carlo's gilded casinos may stop at nothing to keep the pair away from the dark corners that Mrs. Hudson's youthful history could bring to light. The Riviera in 1925 is a playground for the rich built on corruption and greed. It is a place where treasure can be false, where love can destroy, and where life, as Mary Russell and Sherlock Holmes will discover, can be cheap--even when it is made of solid gold.