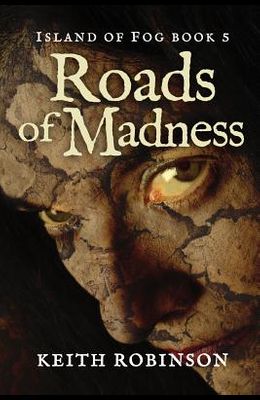 Book #5 in the Island of Fog Series
by
Keith Robinson

Emily Stanton was sick. They all knew it was a matter of time before she became too sick to walk. They had to make it to safety soon. But where was it safe? The city? Their old island? Hal, Robbie, Abigail, and a very sick Emily know their island is just along the coast beyond the city. There they hope to find a way back to Miss Simone's world. But the bleak, deserted roads ahead are home to survivors of a terrible virus. Their skin still burns and itches after all these years, a suffering that just won't end. The biosuited military calls them scrags. Marked by lesions and scars, they're easy to recognize . . . and best avoided. Under normal circumstances, the journey would be fairly simple. Even the crazy scrags are no match for a fire-breathing dragon, an ogre, and a naga. And there's no way they could catch a nimble faerie But after the recent phoenix rebirth that dried up all the magic, the shapeshifters find they can no longer transform. ROADS OF MADNESS, the fifth book in the Island of Fog series, pits Hal and his friends against an enemy worse than dragons -- people

Island of Fog Series In Order - By Keith Robinson