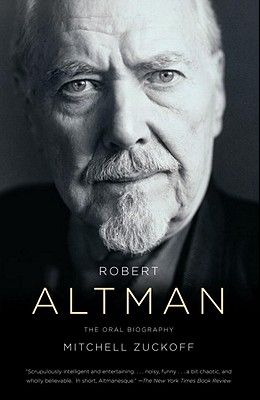 Robert Altman--visionary director, hard-partying hedonist, eccentric family man, Hollywood legend--comes roaring to life in this rollicking oral biography. After an all-American boyhood in Kansas City, a stint flying bombers in World War II, and jobs ranging from dog tattoo entrepreneur to television director, Robert Altman burst onto the scene in 1970 with M*A*S*H . He reinvented American filmmaking, and went on to produce such masterpieces as McCabe & Mrs. Miller, Nashville , The Player, Short Cuts, and Gosford Park . In Robert Altman , Mitchell Zuckoff has woven together Altman's final interviews; an incredible cast of voices including Meryl Streep, Warren Beatty, Paul Newman, among scores of others; and contemporary reviews and news accounts into a riveting tale of an extraordinary life.