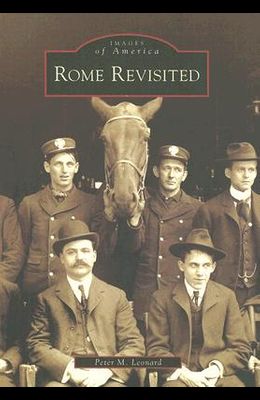 Part of the Images of America: New York Series
by
Peter M Leonard

Rome is a small community located in the heart of Upstate New York. Known to many as the Copper City, the factories of Rome produced one-tenth of all copper-related products in the United States. Some may know Rome as the City of American History. It was here, at Fort Stanwix on August 3, 1777, that the American defenders of the fort first raised the Stars and Stripes in battle. To others, Rome is simply home, a quiet and peaceful community like many others that make up the Mohawk Valley. Drawing on the author s vast collection of photographs, along with other sources and combined with years of research, this work will take readers on a journey through the early-20th-century city of Rome. Many of these historic landmarks only exist in photographic form, since most have fallen victim to age and the wrecking balls of the urban renewal movement of the 1960s. Today Rome is trying to redefine itself in this ever-changing world and continues to be a work in progress, like its Italian namesake, the Eternal City.