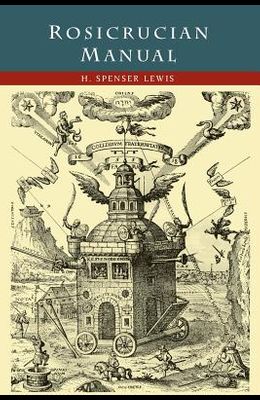 2015 Reprint of Original 1938 Edition. Exact facsimile of the original edition, not reproduced with Optical Recognition Software. The Ancient and Mystical Order Rosae Crucis, also called the Rosicrucian Order (AMORC), is a worldwide philosophical and humanistic, fraternal order devoted to the study of the elusive mysteries of life and the universe. The organization is non-sectarian and it is open to both men and women of adult age regardless of their various religious persuasions. The current open cycle in America of AMORC was re-activated by Harvey Spencer Lewis in 1915. Lewis received authority to do so from the Supreme Council of the Rosicrucian Order after being tried, tested and finally initiated into the Order in 1909, Toulouse, France. AMORC's teachings draw upon ideas of the major philosophers, particularly Pythagoras, Thales, Solon, Heraclitus and Democritus. The teachings are divided into Degrees which are further grouped into broad categories under titles such as Postulant, Neophyte and Initiate sections. These degrees cover various fields related to physical, mental, psychic and spiritual existence such as physics, metaphysics, biology, psychology, parapsychology, comparative religion, traditional healing techniques, health, intuition, extrasensory perception, material and spiritual alchemy, meditation, sacred architecture, symbolism, and that mystical state of consciousness relating to the experience of unity with the Divine. The Martino Edition reprints the Seventh Edition 1938] of this official manual.