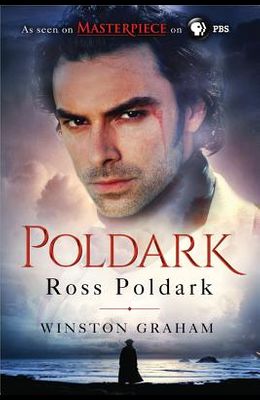 Book #1 in the The Poldark Saga Series
by
Winston Graham

The first novel in the Poldark series, Ross Poldark is a heartwarming, gripping and utterly entertaining saga that bring to lfe an unforgettable cast of characters. Ross Poldark returns home to Cornwall from the Revolutionary War, looking forward to a joyful homecoming with his family and his beloved fiancee Elizabeth. But instead, he discovers that his father has died, his home is overrun by livestock and drunken servants, and Elizabeth, having been told Ross died, is now engaged to his cousin. Ross must start anew. The Poldark series is the masterwork of Winston Graham's life work, evoking the period and people of the time. PBS debuted season one in 2015. Season two starts in Fall 2016.

The Poldark Saga Series In Order - By Winston Graham