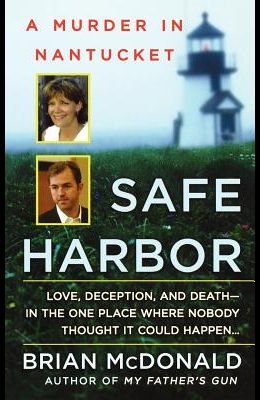 Safe Harbor: A Murder in Nantucket

In October 2004, the island of Nantucket, home to some of America's richest families, was the scene of a shocking murder. Safe Harbor is the story of what happened. 8-page photo insert. Martin's Press.

From the Back Cover A WOMAN WHO HAD EVERYTHING TO LIVE FOR Elizabeth Lochtefeld was a glowing, charismatic woman who'd built a million-dollar fortune in New York City before retiring to the fashionable island of Nantucket. At age forty-four, she had everything in life except the one thing she wanted most: true love. When she met thirty-seven year-old Thomas E. Toolan III, a handsome Wall Street ace, she thought she finally found Mr. Right. She was dead wrong. AND THE MAN WHO TOOK HER LIFE. Behind Tom's Golden Boy fa ade was a man with a dark history of erratic behavior--a man given to violent mood swings, who'd lost his job after trying to steal an $80,000 Roman bust from a Park Avenue antiques show and that was just the beginning of his vicious downward spiral. Two days after putting an end to the affair, Beth disappeared, never to be seen alive again . The story has all the elements of a grand tragedy, and Beth's life deserves this respectful chronicle.--Library Journal With 8 pages of startling photographs!

List of All Editions of Safe Harbor: A Murder in Nantucket