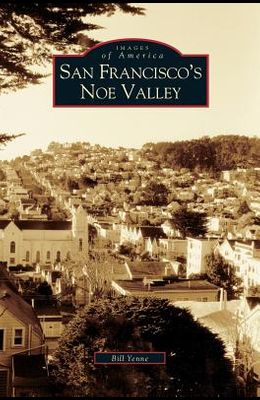 Part of the Images of America: California Series
by
Bill Yenne

Named for Jose de Jesus Noe, San Francisco's last Mexican mayor, Noe Valley is undoubtedly one of San Francisco's favorite neighborhoods and certainly one of the most picturesque. Yet the area has a rich and varied history reaching far beyond the lovely buildings and lively street scenes familiar to so many citydwellers. Originally part of the Rancho de San Miguel land grant, the area was incorporated into the city and became an early example of a San Francisco enclave situated away from the noise and bustle of the downtown and waterfront areas. Noe Valley gradually became an important residential and business center known for its beautifully restored Victorian homes, as well as for the vibrant commercial corridor on Twenty-fourth Street.

Images of America: California Series In Order - By Bill Yenne