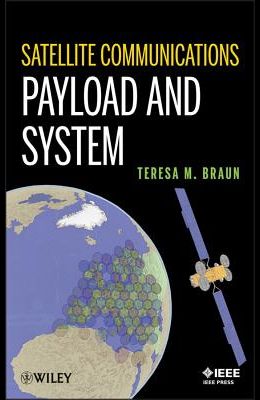 This is the first book primarily about the satellite payload of satellite communications systems. It represents a unique combination of practical systems engineering and communications theory. It tells about the satellites in geostationary and low-earth orbits today, both the so-called bent-pipe payloads and the processing payloads. The on-orbit environment, mitigated by the spacecraft bus, is described. The payload units (e.g. antennas and amplifiers), as well as payload-integration elements (e.g. waveguide and switches) are discussed in regard to how they work, what they do to the signal, their technology, environment sensitivity, and specifications. At a higher level are discussions on the payload as an entity: architecture including redundancy; specifications--what they mean, how they relate to unit specifications, and how to verify; and specification-compliance analysis (budgets) with uncertainty. Aspects of probability theory handy for calculating and using uncertainty and variation are presented. The highest-level discussions, on the end-to-end communications system, start with a practical introduction to physical-layer communications theory. Atmospheric effects and interference on the communications link are described. A chapter gives an example of optimizing a multibeam payload via probabilistic analysis. Finally, practical tips on system simulation and emulation are provided. The carrier frequencies treated are 1 GHz and above. Familiarity with Fourier analysis will enhance understanding of some topics. References are provided throughout the book for readers who want to dig deeper. Payload systems engineers, payload proposal writers, satellite-communications systems designers and analysts, and satellite customers will find that the book cuts their learning time. Spacecraft-bus systems engineers, payload unit engineers, and spacecraft operators will gain insight into the overall system. Students in systems engineering, microwave engineering, communications theory, probability theory, and communications simulation and modelling will find examples to supplement theoretical texts.