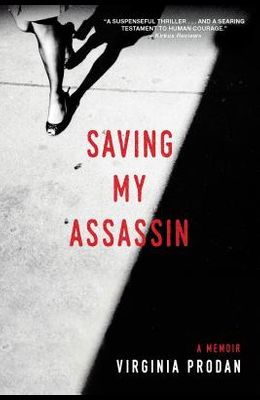 I should be dead. Buried in an unmarked grave in Romania. Obviously, I am not. God had other plans.At just under five feet tall, Virginia Prodan was no match for the towering 6&prime; 10&Prime; gun-wielding assassin the Romanian government sent to her office to take her life. It was not the first time her life had been threatened--nor would it be the last.As a young attorney under Nicolae Ceausescu's brutal communist regime, Virginia had spent her entire life searching for the truth. When she finally found it in the pages of the most forbidden book in all of Romania, Virginia accepted the divine call to defend fellow followers of Christ against unjust persecution in an otherwise ungodly land.For this act of treason, she was kidnapped, beaten, tortured, placed under house arrest, and came within seconds of being executed under the orders of Ceausescu himself. How Virginia not only managed to elude her enemies time and again, but how she also helped expose the appalling secret that would ultimately lead to the demise of Ceausescu's evil empire is one of the most extraordinary stories ever told.A must-read for all generations, Saving My Assassin is the unforgettable account of one woman's search for truth, her defiance in the face of evil, and a surprise encounter that proves without a shadow of a doubt that nothing is impossible with God.

From the Back Cover Bucharest, Romania, 1985 A big man in the waiting room says he wants to discuss a case, my assistant announced from the doorway. I still had a mountain of work to do. Will this day never end? I thought. Go home, Miruna. I'll see how I can help him. I went with her to the reception room and invited the tall, muscular man to follow me. As he entered my office, he ran his huge hand over the silver doorplate reading, Virginia Prodan, Attorney. Then he closed the door behind him. I was taken aback at how enormous he was. The slam of the door at the end of the waiting room sounded, followed by the click of the outer door. My assistant was gone. As my visitor sat down in front of my desk, his eyes bore a hole straight through me, and a sneer began to turn at the corner of his mouth. Sit down! He pointed to one of the two chairs in front of my desk. Securitate! My blood ran cold. How could I have been so careless? On the side table, my daughters, Anca and Andreea, smiled from framed photos. Slowly, the man pulled back his coat and reached into a shoulder holster, withdrawing a gun. You have failed to heed the warnings you've been given, he said, pointing the gun toward me. I've come here to finish the matter once and for all. He flexed his fingers, and I heard the distinctive click of a trigger cocking into place. I am here to kill you.