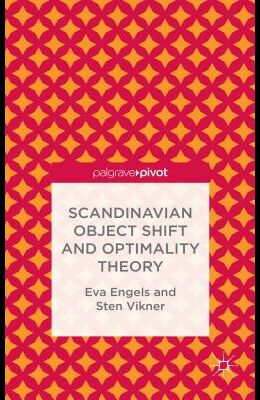 This study presents an account of object shift, a word order phenomenon found in most of the Scandinavian languages where an object occurs unexpectedly to the left and not to the right of a sentential adverbial. The book examines object shift across many of the Scandinavian languages and dialects, and analyses the variation, for example whether object shift is optional or obligatory, whether it applies only to pronouns or other objects as well, and whether it applies to adverbials. The authors show that optimality theory, traditionally used in phonology, is a useful framework for accounting for the variation as well as the interaction of object shift with other syntactic constructions such as verb second, other verb movements, double object constructions, particle verbs and causative verbs. The book moves on to investigate the interaction with remnant VP-topicalisation in great detail. With new and original observations, this book is an important addition to the fields of phonology, optimality theory and theoretical syntax.

List of All Editions of Scandinavian Object Shift and Optimality Theory