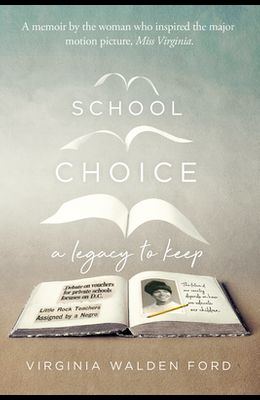 School Choice: A Legacy to Keep

On a cold winter night in February of 1967, a large rock shattered a bedroom window in Virginia Walden Ford's home in Little Rock, Arkansas, landing in her baby sister's crib. Outside, members of the Ku Klux Klan burned a cross on her family's lawn. Faceless bigots were terrorizing Virginia, her parents, and her sisters-all because her father, Harry Fowler, dared to take a job as the assistant superintendent of personnel for the Little Rock School District. He was more than qualified, but he was black. In her searing new memoir, legendary school choice advocate Virginia Walden Ford recounts the lessons she learned as a child in the segregated south. She drew on those experiences--and the legacies handed to her by her parents and ancestors--thirty years later, when she built an army of parents to fight for school choice in our nation's capital. School Choice: A Legacy to Keep , tells the dramatic true story of how poor D.C. parents, with the support of unlikely allies, faced off against some of America's most prominent politicians--and won a better future for children.