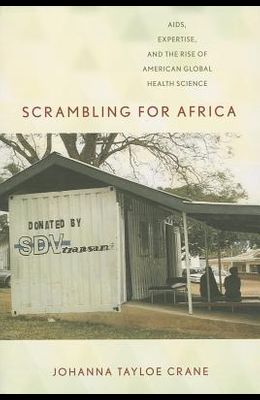 Scrambling for Africa: Aids, Expertise, and the Rise of American Global Health Science

Countries in sub-Saharan Africa were once dismissed by Western experts as being too poor and chaotic to benefit from the antiretroviral drugs that transformed the AIDS epidemic in the United States and Europe. Today, however, the region is courted by some of the most prestigious research universities in the world as they search for resource-poor hospitals in which to base their international HIV research and global health programs. In Scrambling for Africa , Johanna Tayloe Crane reveals how, in the space of merely a decade, Africa went from being a continent largely excluded from advancements in HIV medicine to an area of central concern and knowledge production within the increasingly popular field of global health science.Drawing on research conducted in the U.S. and Uganda during the mid-2000s, Crane provides a fascinating ethnographic account of the transnational flow of knowledge, politics, and research money--as well as blood samples, viruses, and drugs. She takes readers to underfunded Ugandan HIV clinics as well as to laboratories and conference rooms in wealthy American cities like San Francisco and Seattle where American and Ugandan experts struggle to forge shared knowledge about the AIDS epidemic. The resulting uncomfortable mix of preventable suffering, humanitarian sentiment, and scientific ambition shows how global health research partnerships may paradoxically benefit from the very inequalities they aspire to redress. A work of outstanding interdisciplinary scholarship, Scrambling for Africa will be of interest to audiences in anthropology, science and technology studies, African studies, and the medical humanities.